When you reduce the number of courts in a tournament, if there are games being played on courts that will no longer be used after that game, those courts don’t show the scores on the dashboard anymore.

Example:
Currently running 3 courts, but want to go down to 1.You edit the number of courts, and then the dashboard only shows court 1 on it. While courts 2 & 3 are still playing.

open2 years agoIn the tournament set-up you pick your maximum number of courts. Then on the admin page you can toggle on and off (pause) the courts you would like to...Read more 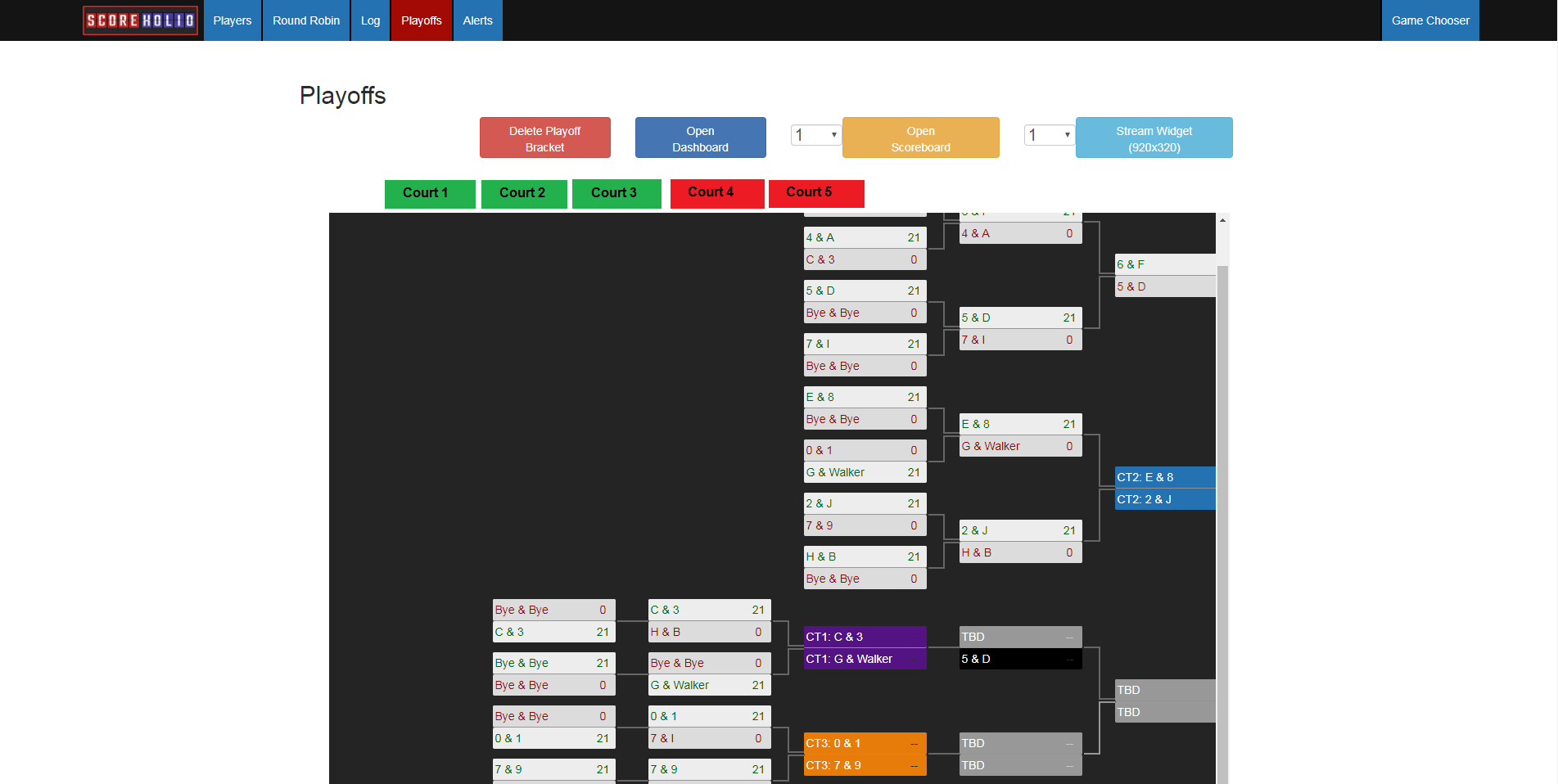 # of courts and players

open2 years agoMake it unlimited courts and up to 128 players. I needed 30 courts in previous tourney and couldn't use your app....Read more

open2 years agoSame as Switcholio, but forming people into teams of four instead of partnerships of two. Might be an interesting option for corporate events and char...Read more

Want to join the discussion?
Feel free to contribute!

Login with your Social ID
Live Stream with Score